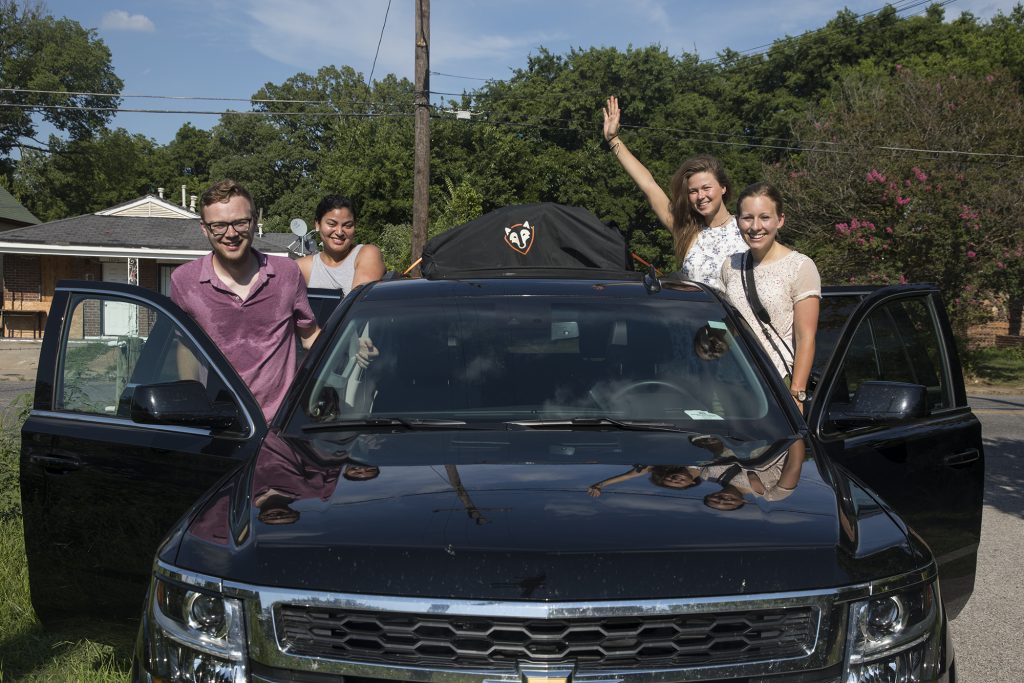 MEMPHIS, Tenn. – The hubs of business and economy are now in the rearview mirror as the News21 SUV drives along roads carved into mountains.

It’s the second leg of a nationwide road trip where four News21 journalists – Brittany Brown, Rosanna Cooney, Storme Jones and Tilly Marlatt – each bring their own experiences and expertise to record and document tensions that are present in America today.

We are passing through an America where people are brought to tears voicing pride for their country, citing freedom and the American dream as the reason for getting emotional.

“Where else can you become rich and famous overnight?” asks a woman whose tattooed forearm reads: “Those who suffer the most, scream into the silence.”

Americans tell us that they still long to get along with each other. We are learning to get along, too.  After a bad experience at a Kentucky motel, we learned that it is best not to inquire about bedbugs if you want a room. Americans wanted to be respected, and that means trusted.

In the Appalachian region, much maligned by the enduring hillbilly stereotype, we are hearing how LGBTQ people reclaim a space for themselves in rural communities, and make their voices heard. As we head southwest, toward Tennessee and Arkansas, cardinals flash red in the trees and the summer heat brings a sweeter fragrance to the air.

It is a privilege to be allowed into people’s lives, into their barbershops and catfish ponds, to record their thoughts, lived experiences and impressions of their country at a time when America seems to be transitioning.