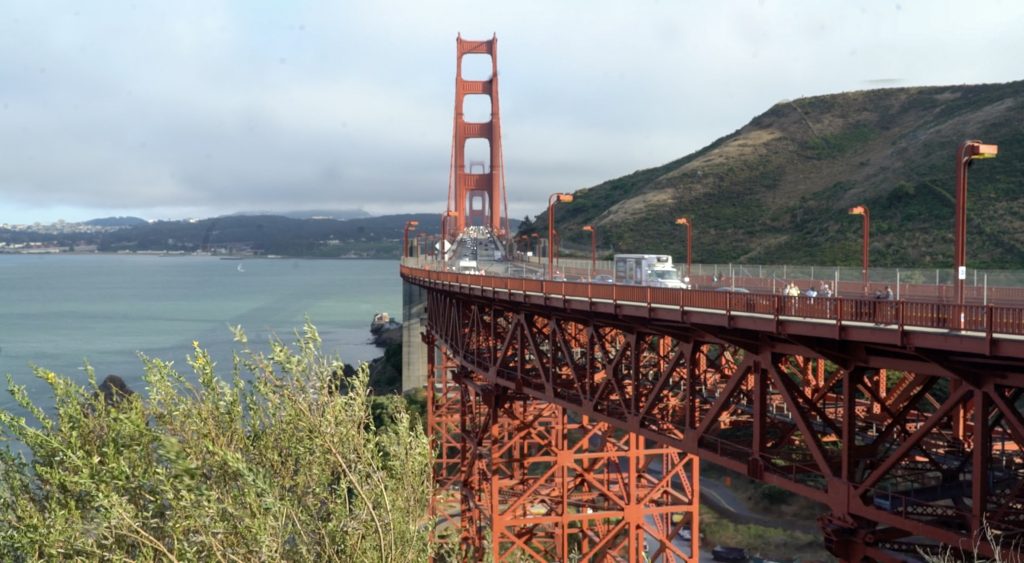 Though San Francisco is renowned nationally for its LGBTQ-accepting culture, data and advocates suggest that hate toward that community can still happen there. (Renata Clo/News21)

SAN FRANCISCO — Walk down any major street in San Francisco and you’ll see a rainbow flag flying on a building wall, streetlight pole or a car bumper sticker as it zooms past you.

It’s not surprising — LGBTQ acceptance here is common knowldege. Life Magazine labeled San Francisco the “Gay Capital of the World” in 1964, and since then, it has earned the moniker. Most notably, San Francisco issued the nation’s first same-sex marriage license in 2004, helping catalyze the Supreme Court’s marriage equality decision 11 years later. One would think the LGBTQ community constantly feels safe here.

San Francisco County saw a 31 percent spike in total hate crimes, the same report said. Data from the Anti-Defamation League cites 14 hate crimes targeted for sexual orientation occurred in San Francisco in 2016. That’s nearly 40 percent of all of the hate crimes in the city and was the highest number the organization reported since 2012.

“While it is true that there are greater freedoms and a greater measure of acceptance more broadly, there’s still exists the same kinds of societal ills that you find in other communities and other locations,” Brysk said. “We find in the work that we’re doing that in terms of hate crimes, in terms of hatred that’s visited against the LGBTQ community and other communities, that it exists here in as much as it does in any other place.”

Brysk said the coarse rhetoric during the 2016 presidential election gave people a “license to speak their bigoted beliefs” and then act on them without fear for repercussions. But in San Francisco, anti-LGBT sentiments were present before then, according to a survey the year before.

San Francisco’s LGBTQ community also distrusts of the police. The survey found a third of LGBTQ people in San Francisco are leery of law enforcement.

This worries Brysk. Agencies such as the ADL rely heavily on accurate data, and law enforcement can be invaluable partners. Data that police gather help advocacy and government groups see the presence of hate crimes in a given location. That then leads to efforts and drafted policies to address certain areas or comfort specific groups.

When LGBTQ people don’t report criminal events to law enforcement, it skews the data, making it unreflective of the actual problem, Brysk said. That’s why the ADL’s numbers are so low. When large cities report so few hate crimes, it raises concerns.

“We need good information, Brysk said. “It’s important for law enforcement to do everything possible in their power to make it as comfortable and as easy as possible for people to feel comfortable and willing to go and report these crimes.

“We have to try to break down those barriers. We have to try to improve the training so the law enforcement can provide us with that kind of information and that will help inform education and policy making decisions and the drafting of other statutes that might be able to help protect people.”

More than 36 percent of respondents to the Human Rights Commission survey said they don’t believe police would help them in an emergency. One anonymous respondent even wrote, “There’s a joke in my building – you can get pizza delivered to you faster than the police respond.”

And because of that, hate crime data is not true depiction, Rao said. Forty-four percent of respondents said they did not report physical violence events to the police, while 62 percent didn’t report harassment.

Clair Farley, senior advisor for transgender initiatives for the mayor of San Francisco, said perceived biases and anecdotal accounts of police harassing or discrediting LGBTQ individuals leads to a sense of fear. Though she said the San Francisco Police Department started new initiatives to combat this, such as bias trainings and community discussions, she said the process will take time.

“There’s been a lot of work with the new recruits around LGBT trainings and trans work, which is great for the new recruits, but for oldtimers and people who have been on the force for a long time, it’s harder to change.”

Some in the LGBTQ community confide in advocacy groups rather than police. But even those numbers are still small. Only 16 percent of respondents said they sought help from a group that assisted with legal services and advocacy. Those who utilized those services, though, were pleased. Seventy-one percent of those who used those services said they were helpful. The objective now is to reach more people in order to better serve them.

“The mission now is to decide how do we have this dialogue outside of just saying ‘we’re going to empower you, but we’re going to actually go with you and help represent you?” said Sheryl Evans Davis, executive director of the San Francisco Human Rights Commission. “We need allies in those rooms — hopefully we’re doing work to develop allies so that it’s not only you know certain people saying we all deserve to be treated fairly but that we can speak up on behalf of those who are feeling afflicted”

Both the ADL and HRC said success in this area is seeing an increase of reported hate crimes. They want to ensure there isn’t a boost in criminal activity, but seeing a truer dataset will present a clearer picture of the areas they need to improve on.

But No. 1 on Brysk’s list is to get the word out that hate is still a problem in San Francisco — even if there are rainbow flags everywhere.

“A big thing we have to do is shine a light on the problem, making sure that people understand that hatred exists,” he said. “It’s a very real problem — it’s a pressing issue and it’s a growing problem, and therefore it should be a growing concern for everyone. Hatred never confined itself to one group or one area.”