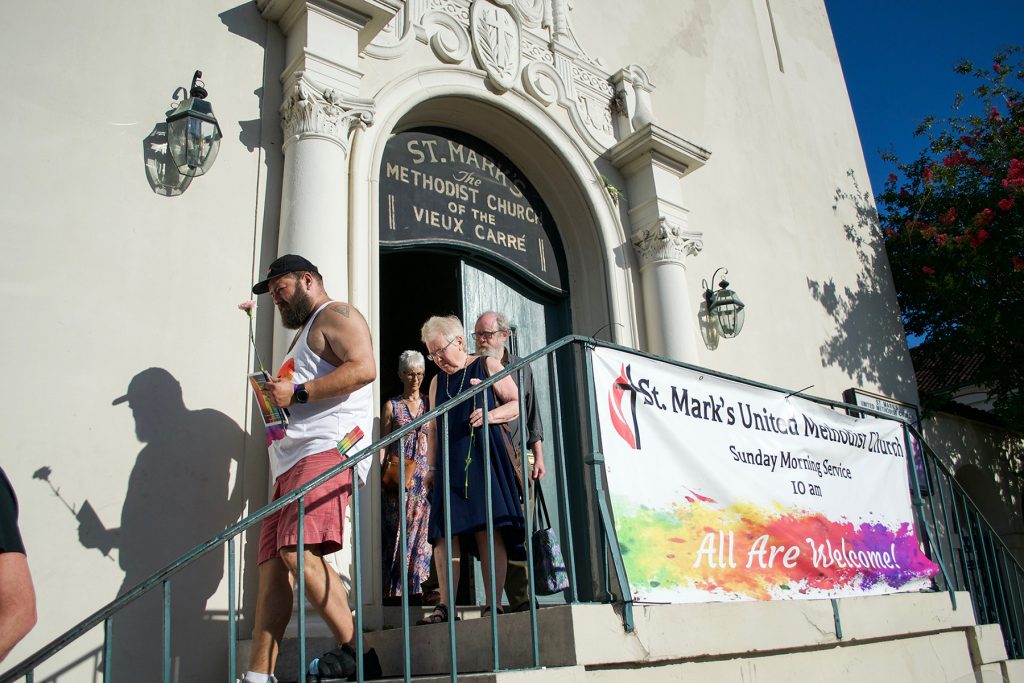 NEW ORLEANS – For 42 years, Marilyn LeBlanc-Downey questioned the fate of her older brother, Ferris Jerome LeBlanc, who disappeared from their home near San Jose, California, in the early 1970s. In 2015, LeBlanc-Downey and her son, Skip Bailey, found their answer in a Google search.

LeBlanc, an openly gay man, was one of 32 killed when an arsonist set fire to the UpStairs Lounge on June 24, 1973. The family didn’t know LeBlanc was even in New Orleans at the time of his death, or that he had died.

LeBlanc’s family gathered with nearly 200 others for an interfaith memorial service and second line parade to honor LeBlanc and others on the 45th anniversary of the fire June 24. Before the Pulse Nightclub shooting in 2016, the UpStairs Lounge fire was the largest mass murder of LGBTQ individuals in U.S. history.

The prime suspect in the fire, a gay man named Roger Nunez, was removed from the gay bar earlier in the evening, and later confessed to friends he set the fire in anger. No arrests were made, and Nunez killed himself in 1974, LGBT+ Archives Project of Louisiana President Frank Perez said.

Though the fire was never investigated as a hate crime, the city’s response reflected the homophobic climate of the time, said Perez.

He said politicians and faith leaders at the time remained silent on the issue, despite issuing condolences and public days of mourning for two less deadly fires that occurred in the months preceding the UpStairs Lounge arson, Perez said.

“The city made no effort to contact the families of the victims,” Perez said. “The church community was very callous. The media would make jokes about it. The real hate crime was the reaction from the city, the public sector and the religious community, in particular.”

In 2013, Archbishop Gregory Aymond of New Orleans apologized. The Catholic Church and most churches refused to host memorial events and barred the families of the deceased from burying the dead in religious services. The city’s strong Catholic community remained mostly silent in the face of the tragedy.

“Your church (members) were the only Christians in the room that day, when there should have been so many more,” Rowland read. “Please know how thankful I am for all people of faith who are attending this interfaith service today. It is never too late to get in the room.”

Sally Buchman, 67, said remembering the past is crucial to prevent history from repeating. Buchman, scanning the largely older crowd, said she hopes the younger generation will take time to embrace LGBTQ history and recognize the struggles of past generations.

“You should forgive, you should love, but you should never forget. Things like that remind us we’ve made a lot of progress but there’s still so much more,” Buchman said. “I think every time people come out in public and don’t show fear, it moves it forward.”