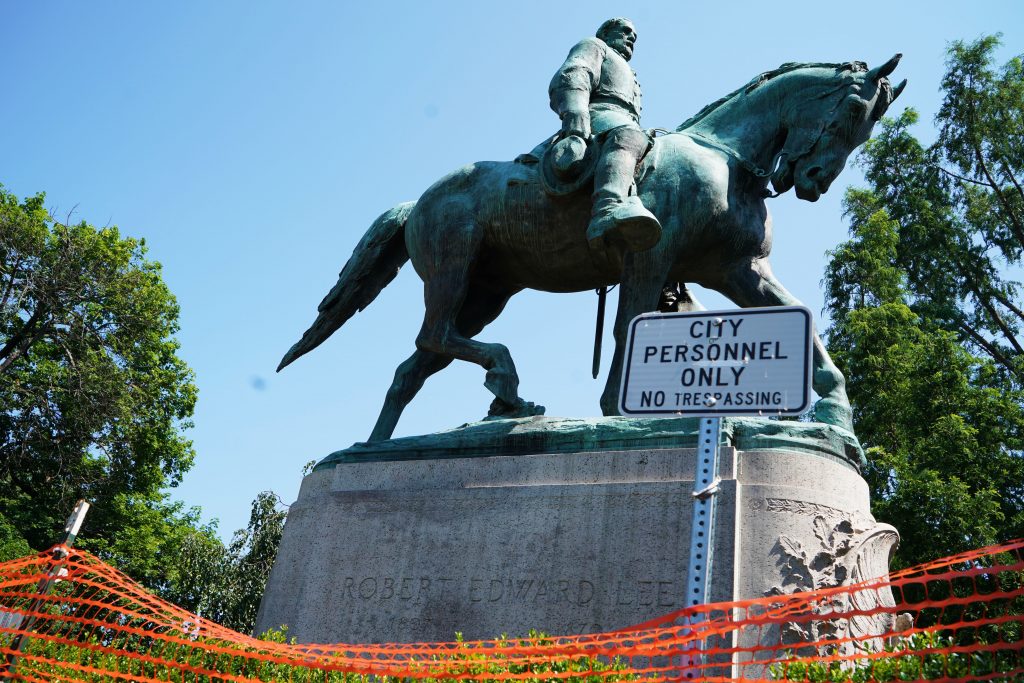 “There were snipers on roofs all around the park,” Woodson said. “There were blockades, police cars, all kinds of tanks — this overly-militarized police presence. All over downtown there were gangs of white supremacists roving together, yelling, chanting with flags and shields and sticks.”

On Aug. 12, white nationalists converged on the city for a “Unite the Right” rally. What started as a protest against the removal of Charlottesville’s Confederate monuments quickly turned violent as protesters clashed.

It started when gun-toting militia members gathered in Emancipation Park, formerly known as Lee Park, in anticipation of the rally’s noon start time. By 11 a.m., the City of Charlottesville had declared a state of emergency.

By the end of the day, three people lost their lives. Lt. H. Jay Cullen and Trooper-Pilot Berke M.M. Bates were killed when their helicopter crashed. The two Virginia State Police officers were on their way to assist law enforcement with the unfolding situation in Charlottesville.

A few blocks from Emancipation Park, authorities say an Ohio man drove his car into a group of counter-protesters near Charlottesville’s Historic Downtown Mall, taking the life of Heather Heyer, 32, and injuring 19 others.

Nearly a year later, signs of last August are still visible throughout the city.

On the backs of stop signs and on telephone poles, stickers can be found denouncing white supremacy and the alt-right.

Purple posters with “Heather” in white cursive font hang in shop windows along the mall.

The alley where the car attack happened has been renamed. What was previously a part of Fourth Street Northeast is now Heather Heyer Way.

A shrine to Heyer sits to one side of the street. Over time, people in passing have left flowers, candles and prayer cards. A watercolor painting sits propped up against the wall.

Messages written in chalk cover the bricks on either side of the street. The messages that haven’t faded yet read everything from “END WHITE SUPREMACY,” to “TEACH LOVE, NOT HATE.” In the middle of them all, larger than the rest, is “GONE BUT NOT FORGOTTEN. HEATHER.”

This month, “Unite the Right” organizer Jason Kessler received initial approval to hold a demonstration in Washington, D.C., on the one-year anniversary of last year’s rally. That was after the City of Charlottesville denied Kessler’s application for a second rally.

According to Woodson, the Charlottesville community is prepared this time.

“One of the things I have gathered is when someone shows you who they are, you believe them,” Woodson said. “And so when Jason Kessler shows us who he is, and those who follow him and perpetuate his ideology say they’re coming back, we’re going to believe them and prepare for that. We’re going to do so much in a better and healthy way that protects this community.”